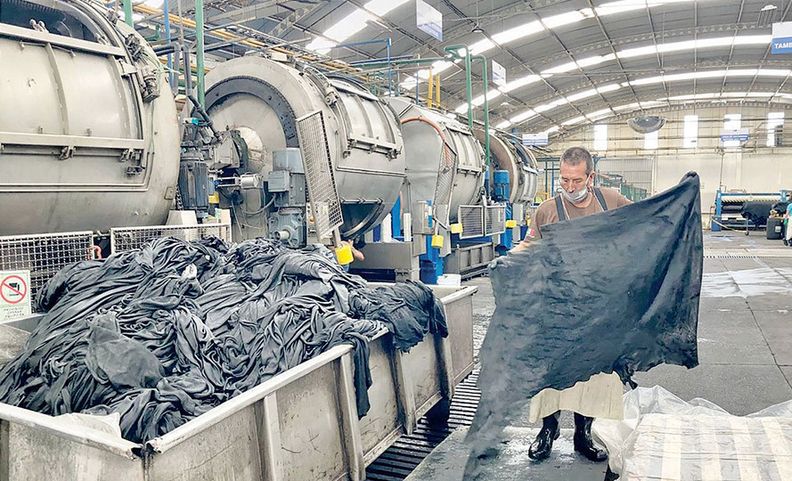 Pangea is rethinking how to do leather

Since leading the U.S. materials supplier GST AutoLeather out of its bankruptcy three years ago, CEO Randy Johnson has kept his attention focused on three campaigns: improving global operations by instilling the lean-thinking Toyota Production System; being unwavering in the company's commitment to leather as its only material; and exploring new ideas for how cowhides make their way into cars and trucks.

On those first two counts, Johnson reports that GST is back, earning new business at the rate of twice its current market share. And to reflect its changing fortunes, the privately held company this year changed its name to Pangea.

But it is on that third count — innovation — that he says the supplier is really experiencing a heyday.

Pangea has developed a tanning method that improves the appearance of its leather while taking cost out of it. The company has also introduced a patented surface treatment, called 3D Embossing, that will show up on an unidentified new-vehicle program in the coming weeks. And it has adopted a new approach to working with customers by creating 3D graphic representations of proposed seat coverings before any leather is ever cut.

"That was one thing that came out of this unfortunate pandemic," Johnson said. "We needed to be able to work remotely with our customers. And one of our designers was knowledgeable about the software to make it happen.

Pangea also faces a small but growing challenge: Some consumers say they want no animal products in their new vehicle. But that demographic doesn't worry Johnson as much as the larger industry trend toward less expensive surface materials — typically plastic.

"We don't even like to use the expression 'surface material' around here," Johnson said. "It's leather. We are 100 percent committed to leather."

But that fighting stance means that Pangea must find ways to make its leather more competitive.

To address that, the company now operates a "re-tanning" operation in Leon, Mexico, called BioPolymer SynTec.

The line puts Pangea's leather shavings through a process that pulls out synthetic chemicals and replaces them with a bio-based chemical that reduces waste from Pangea's tanneries.

The resulting material is a leather that Pangea believes is aesthetically superior to what customers are used to. But more important, the CEO said, the biochemicals reduce Pangea's carbon footprint and lower the cost structure.

There is more potential for lower-cost genuine leather, he added, and changing the chemistry of tanning will play a big role.

"What the market wants is more sustainability," he said. "We think sustainability shouldn't cost customers more — it should cost less. By taking cost out of our material, we believe we can make leather more competitive and make sustainability more accessible."

Back to news archive